With two locations along the Kanawha River in West Virginia and one along the upper Ohio River, Amherst Madison, Inc., is an employee-owned business focusing on marine towing, construction, and repair.

Tim Spencer, director of vessel maintenance and engineering, managed the repower of the M/V Bus Brown, which is primarily used by the company’s construction division to transport equipment and materials to projects on the inland waterways. The “Bus” push boat was built in 1967 by Barbour Metal Boat Works in St. Louis.

As parts for the vessel’s Caterpillar D353 engines became difficult to find, Spencer began to research and request quotes for new engines for the boat. His conversations with Curtis Bartlett, commercial marine territory manager, Indel Power Group, led to his interest in the EPA Tier 3-certified, Volvo Penta D16MH-600 horsepower engine, which he recommended to the Amherst Madison management team.

“Volvo Penta was considered as an option after talking with Mr. Bartlett and learning details about the engines and incentives offered,” said Brian Patterson, construction operations manager, Amherst Madison. “The recommendations and advice were very influential and respected.”

Bartlett chose the D16-600 engine because he liked its superior, low-end torque performance. He felt they would perform well and meet the workboat’s power needs for projects such as channel maintenance dredging in the navigational channels, dredge-debris for barge fleeting areas, and dredge/crane barge maneuvering.

A feasibility study for the repower was conducted in late 2018, analyzing twin Volvo Penta D16-600 R1-rated propulsion engines with Twin Disc MGX 5170DC 5.03:1 reduction gears for the boat. The study results confirmed the engines and gears would be a great fit. They were comparable in size and weight and double the horsepower.

“The engine, gears, and keel-cooling systems had to be upgraded from the existing single-circuit cooling system to a dual-circuit cooling system for the high-temperature/low-temperature cooling circuit requirements,” says Bartlett. “The customer also requested engine start/stop capabilities in the pilot house and engine room, which were incorporated into the Volvo Penta control and monitoring system, specification, and scope of supply.” 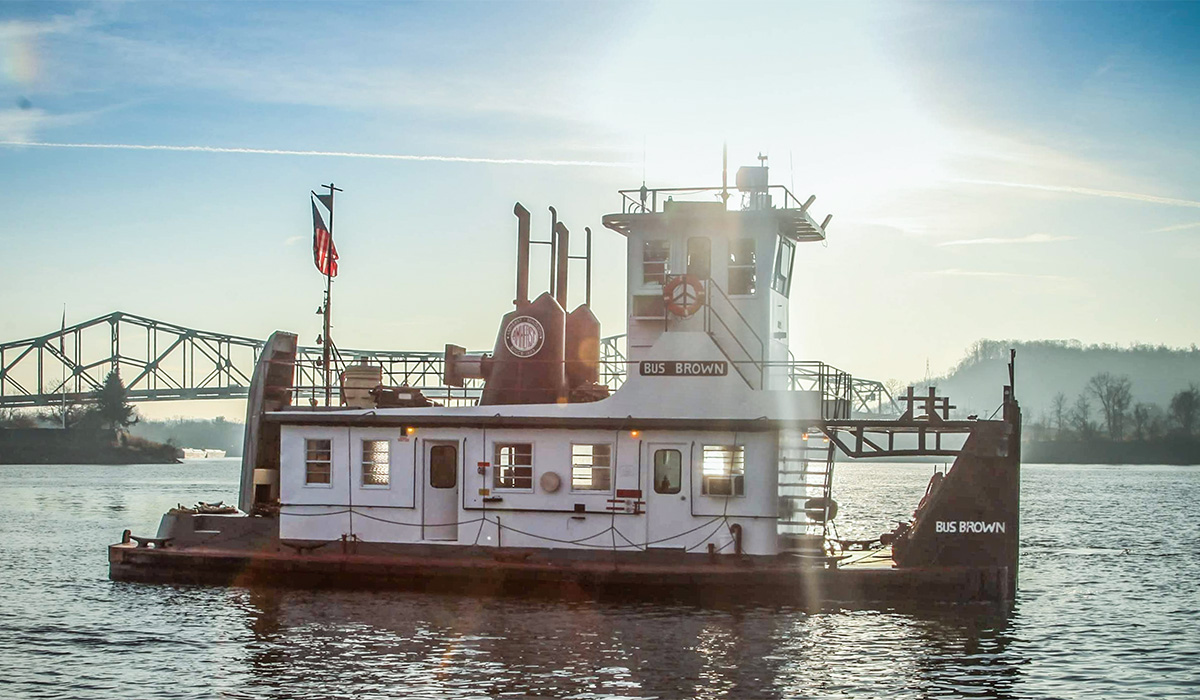 Now, the engines have 3,500 hours on them, almost one year after installation. “These engines made this little boat come alive. I have operated the boat with the D353 Cats over the years and have always bragged on Barbour-built towboats as the best handling boats built,” Patterson said. “Once the repower was complete and we took her out to see how she’d do, the results were jaw dropping. [The engines were] smooth operating, with low vibration, and the additional horsepower was more than sufficient.”

Compared to another boat in the fleet, the Bus averaged 275 to 315 gallons of fuel burn per 18-hour day. The other boat, operating in the same capacity with Cummins N14-880 HP, burned approximately 650 to 725 gallons per day. The savings was roughly $730/day (minimum) in fuel burn.